Social media on fire as African man created a messaging App that is faster than WhatsApp.

A US-based Sierra Leonean by the name of Hafiz Alhassan Kanu has created an app called Supfrica. The app, just like WhatsApp, has all the features that WhatsApp has. But one thing that it has that WhatsApp doesn’t is, it’s 2× faster than WhatsApp. Sending a message on Supfrica is faster than sending a message on WhatsApp. A voice and video call in Africa is of high quality just as WhatsApp. This is the time to embrace our own. It is proudly made by a Sierra Leonean!

According to TheAfricanDream, the company, Techfrica, which is owned by Mr. Hassan Hafiz Bakarr-Kanu Sr., released the app on Google Play Store on December 11, 2020, with fewer downloads.

The App became known to Sierra Leoneans when Salone Messenger break the silence on the 5th of January in a Facebook post which went viral on Facebook and off Facebook. Today, the app has reached over 19,000+ downloads on Google Play Store; making it the fastest app made by a Sierra Leonean to climax that far, and the most talked-about app in Sierra Leone and Africa as a whole.

The messaging app, Supfrica, has the following features:

– You can forward messages to more than 20 contacts at once, unlike WhatsApp.

– With Supfrica, you can create a Supfrica group and add an unlimited number of contacts to your group, unlike WhatsApp

– With Supfrica, you can use 2G, 3G, and 4G perfectly without scrambling when calling voice and video calls.

The app can be downloaded on Google Play Store.

WHATSAPP TO STOP WORKING ON MILLIONS OF PHONES FROM 1 JANUARY, 2021 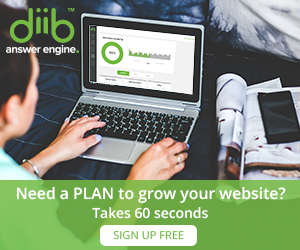 Share this ArticleLike this article? Email it to a friend!
Email sent!
This website uses cookies to improve your experience. We'll assume you're ok with this, but you can opt-out if you wish. I ConsentPrivacy policy